We often do not know much about the lives of artists and performers. We just see them regularly on movies, TV shows, concerts. What we may have an inkling about is that they must live pretty busy even stressful lives, what with the many hours needed to do shootings and even out-of-town and out-of-the-country shows. How do they keep themselves healthy and ready for their roles in front of the camera as well as outside of the camera range? Well, Ian Veneracion’s embrace of his most recent role as Conzace’s Multi-Vitamin brand ambassador can give us an answer.

United Laboratories, Inc. (UNILAB) officially welcomes multifaceted celebrity Ian Veneracion as the newest addition to their roster of brand ambassadors. Veneracion, who currently stars as the male lead in ABS-CBN’s primetime show ‘A Love to Last,’ has been chosen to advocate for Conzace, the number one prescribed brand for multivitamin plus minerals by general practitioners and dermatologists in the country. “It is an honor and privilege to be part of the UNILAB family for its multivitamin brand, Conzace,” proclaims Veneracion while adding, “I am grateful for this opportunity, and I strongly believe that the product can be beneficial to millions of Filipinos as it has been beneficial to me.”

According to Conzace assistant product manager Mike Jimenez, the addition of Veneracion is a perfect match for the brand. “Ian is the epitome of superior immunity and good looks,” he says.

Jimenez elaborates on the actor and the product’s connection. “Conzace’s clinically-proven ZACE formulation, an acronym for Zinc, Vitamins A, C, and E, makes it the number one multivitamin and minerals product prescribed by General Practitioners and Dermatologists. The same can be said about our brand ambassador, Ian, whose credibility allows him to ace his craft with one successful teleserye and movie after another.”

THE FACE OF CONZACE

People born in the late ‘70s would remember Veneracion as the cute and charming Jeffrey Laperal, the son of Joey de Leon in the 1982 sitcom ‘Joey and Son.’ From then on, he went to appear in more television projects while simultaneously making films that range from comedy to drama to action. Among his most recent work is the internationally acclaimed psychological thriller, ‘Bliss,’ and a Filipino independent supernatural horror film, ‘Ilawod.’

Now at 42, Veneracion has again endeared himself to today’s generation as Engineer Antonio “Anton” Noble IV, the dashing, separated with three kids guy who falls in love with another broken soul. And of course before, as Eduardo Buenavista in the 2015 remake of ‘Pangako Sa Yo,’ the role that regained Veneracion’s fame and his career to leading man stature. 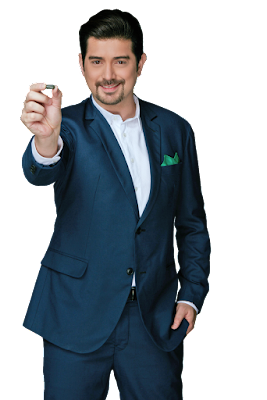 And then there’s that totally different side of Veneracion that is separate from showbusiness. Apart from being an actor, he is also a painter, an athlete, a pilot, a chef, and a family man—the last being his favorite role to play.

But to be all that, Veneracion needs a multivitamin and minerals that will help him cope, not just with his busy schedule, but with the different roles that he has to play in life. “I need strong immunity as well as healthy skin and hair, I cannot afford to get sick, and look stressed—I am glad I have Conzace to give me all that and more.”

Compared to other multivitamins, Conzace has the highest levels of ZACE combined. All these elements play different roles in one’s well-being.  “This unique formulation in Conzace creates a synergistic effect that is clinically proven to help boost immunity, promote healthy skin and hair, and assist in wound healing as it speeds up skin regeneration,” says Jimenez.

Veneracion, speaking from experience, explains it better: “It’s the little things that we don’t normally notice, like for example, stronger resistance against colds and flu, better and clearer skin, shinier and healthier hair. It will do amazing things; you can do more and be more for yourself, for your family, for your work without being disrupted.

“I believe that if you are healthy inside, it just comes out. It reflects physically—in your hair and in your skin. And in the line of job that I am in, it is quite important that I don’t just don’t look good but really be healthy,” Veneracion concludes. 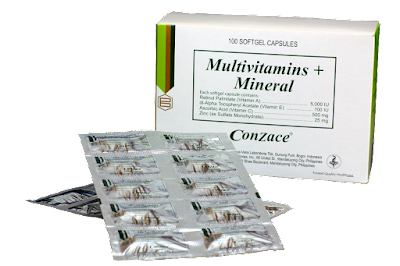 Back to My Dance Workout

3 Ways to Take Care of Our Mental Health

This site uses Akismet to reduce spam. Learn how your comment data is processed.